Also, about the different races, it would be neat if you could be a kind of enemy and that enemy wouldn’t attack you (I’m pretty sure this will actually be the case, at least the fact that you can be an enemy as a race. I just made a post about it), or you could get different stats based on your race, like more hearts if you’re a human, but more defense as a trork and such. I think this would add a deeper level of personalization, since every race has it’s own pros and cons, so it’s just preference.

Finally, I think a “Choose your own story” aspect would be amazing. So you could choose to follow Gaia or Varyn (although I’m really thinking they won’t do that, since he seems more like a final boss). But maybe that could affect what kind of magic you have or something. I don’t know.
Last edited: Mar 18, 2019

I'd like to be able to extract the world and see it through an web interface. See the world that has been explored, where buildings are built.

MORE TRAILER VIEWS and a worldpainter thing in the model maker 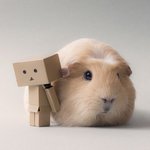 because Guinea Pigs are adorable