Hi, everyone! In this progress update, we're going to welcome some new developers to the Hypixel Studios team, show off some recent prefabs and points of interest from later in adventure mode, and show the progress that is being made with Hytale’s AI system. Today, we’re also releasing a new fan art showcase and refreshing the media page to display the latest Hytale screenshots and clips.

First, though, a note on the COVID-19 pandemic. We are extremely fortunate to be a team that already works remotely, which means that our day-to-day working lives are less affected by this situation than they would otherwise be. However, we're still experiencing disruption in other ways, just like everybody else. We'd like to reassure the community that we're staying safe, working hard on the game, and doing what we can to take care of the people around us. Thank you to everybody who has reached out - we're okay, and we hope that you're doing well too!

WELCOME TO TED AND GREATER!

This month we welcomed two new team members to Hypixel Studios. Timothée 'Ted' Lestradet has joined the Hytale art team as a concept artist and 3D modeller. As part of his application, we asked for a paid art test to see what kinds of designs he could come up with for the game. Take a look! 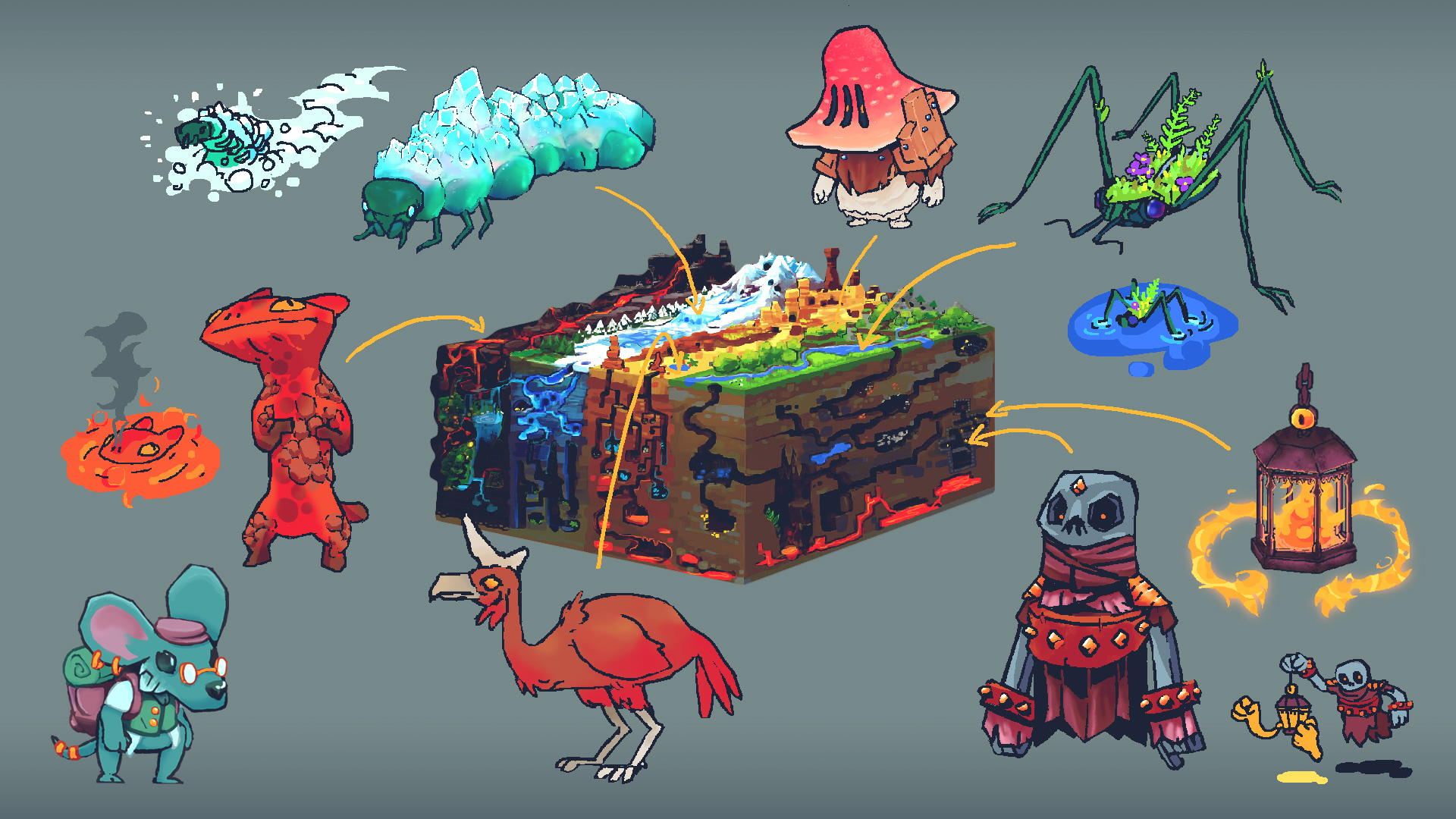 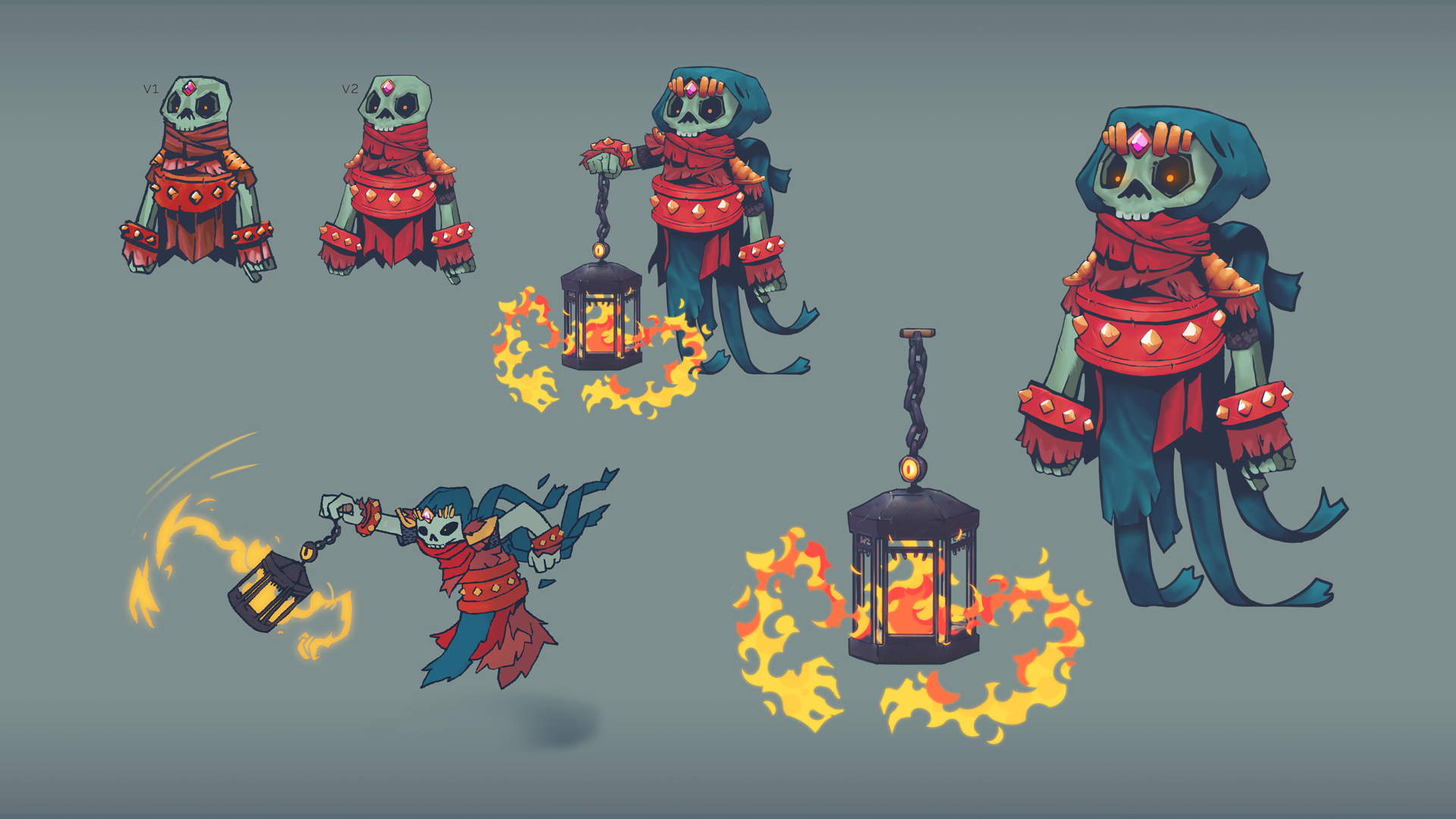 Please note: these pieces were produced as part of an application and, as such, do not necessarily mean that these creatures will make their way into the game. However, we hope you're as excited as we are about what Ted can bring to the team! Here's a peek at some of his earliest work for Hytale - a set of concepts for new Trork weaponry: 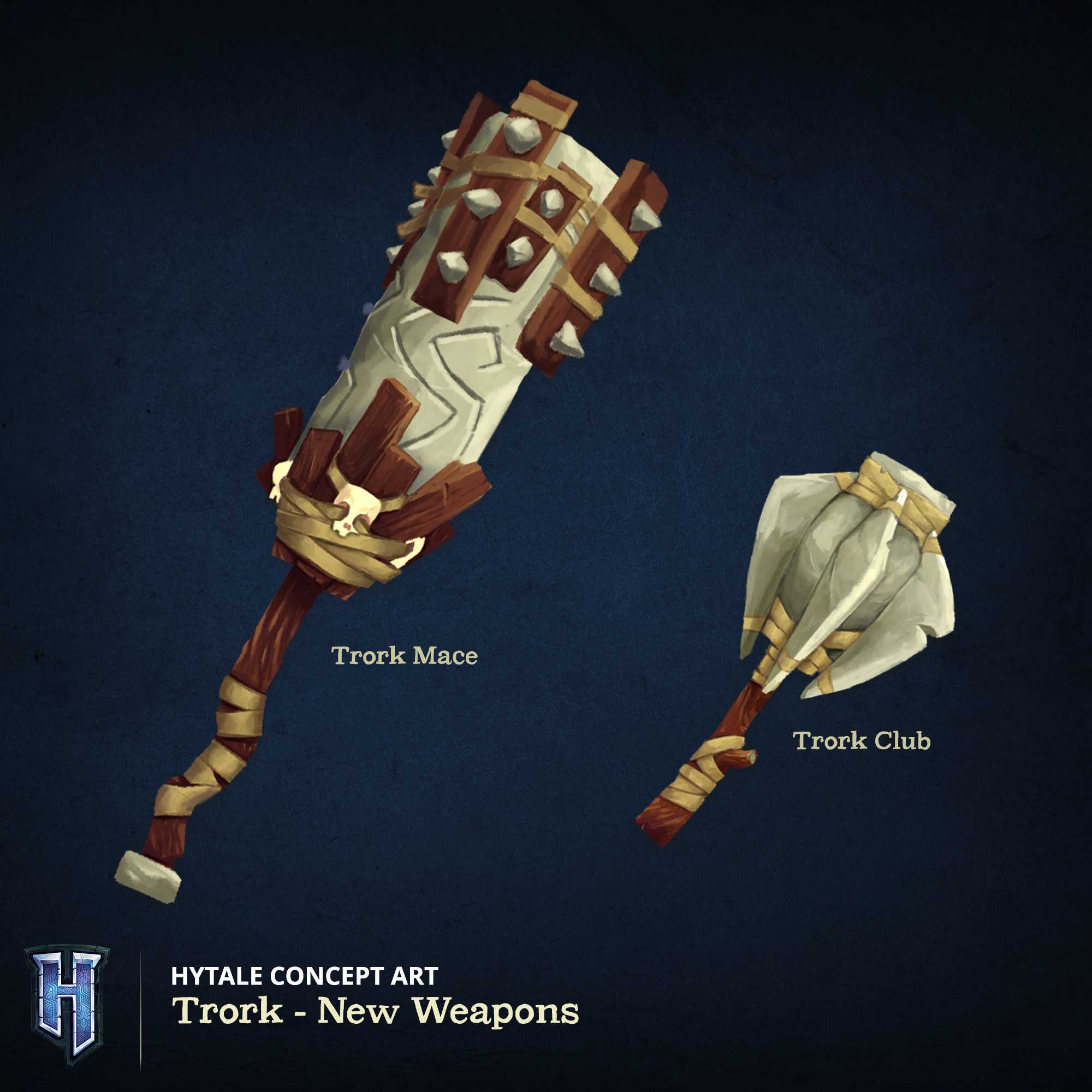 Erikas 'Greater' Šuopys has joined Hypixel Studios having previously worked on the Hypixel Minecraft server as a builder. He'll be creating new prefabs and points of interest for Hytale. We're not ready to show off any of his in-game work just yet, but we can share a private project that he's been working on in order to acclimatise to Hytale's engine and building tools. Check it out! 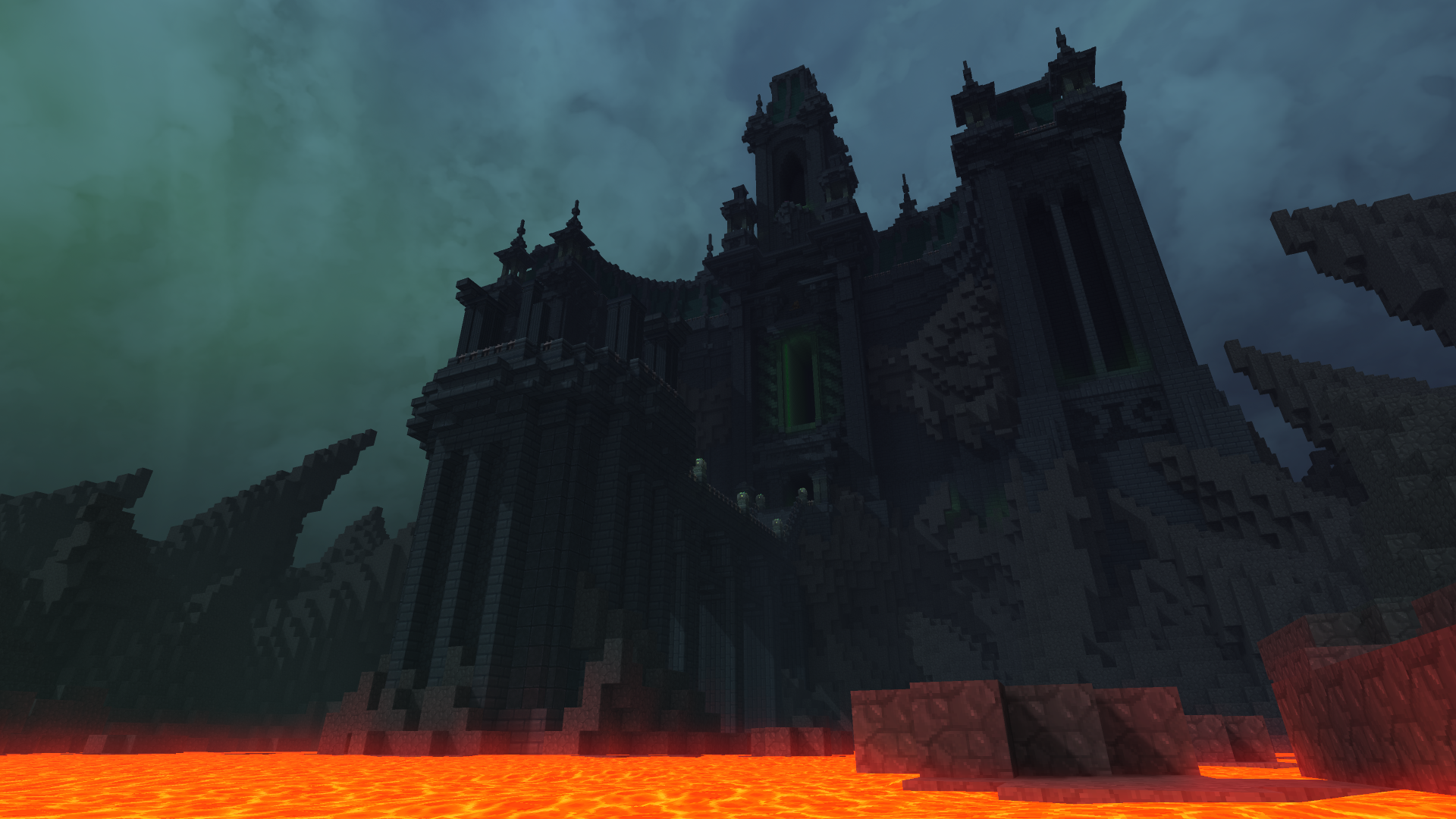 Once again, this is a test piece, not an in-game location - but we can't wait to see what Greater's talent brings to Hytale!

The world team has been hard at work on new biomes, prefabs, and world generation rules. These new environments come from parts of adventure mode that we've not yet discussed in much detail. As ever, we're mindful of spoilers, so we're only going to be revealing a small amount of what you'll encounter in the latter stages of the game. Today, let's take a look at some desolate human ruins created by technical artist Roddan. Clearly, something went very wrong in these ashen wastelands - but as for exactly what, well, you'll need to discover that for yourself. 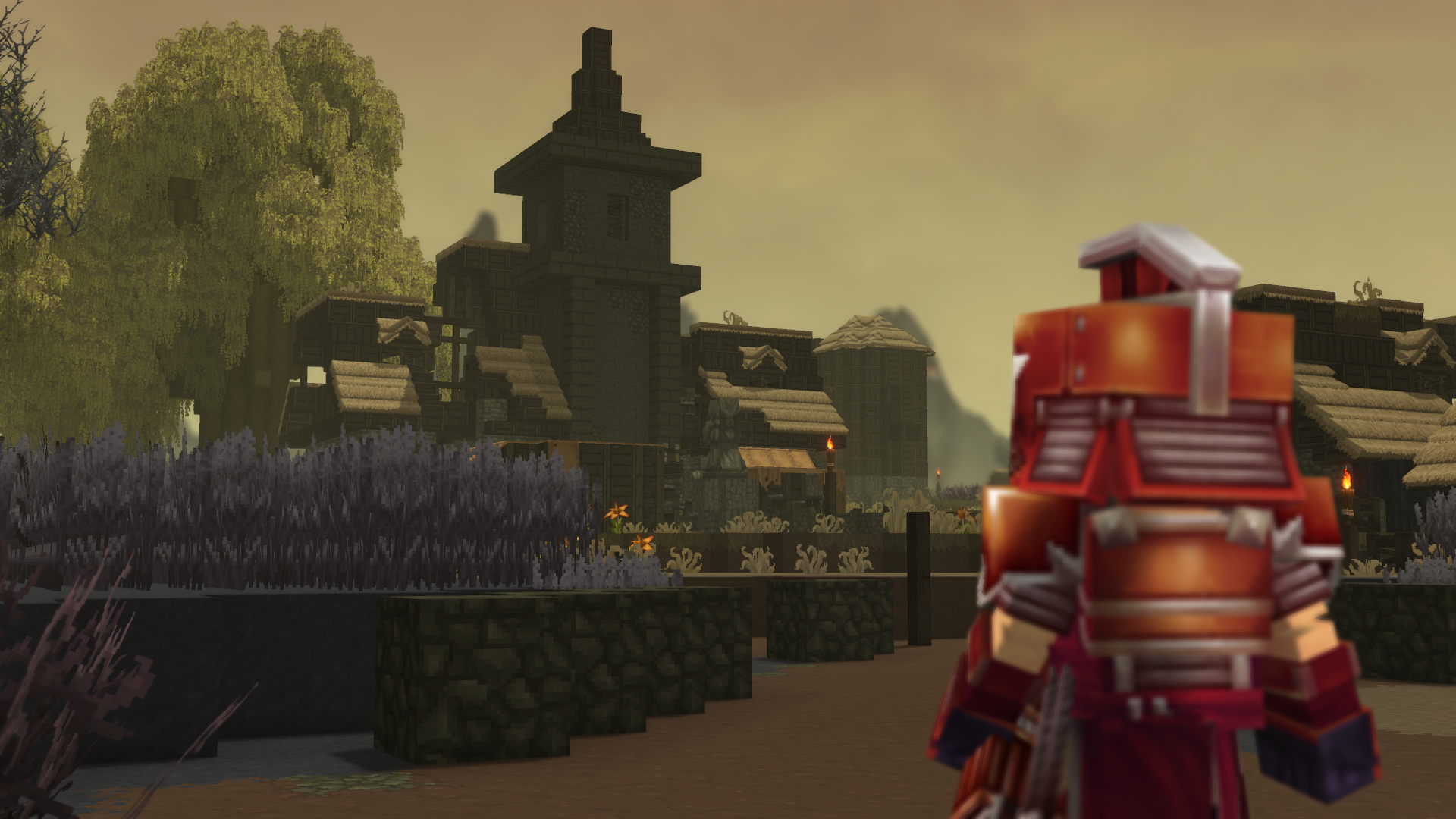 The torches are still burning, but there's nobody around. 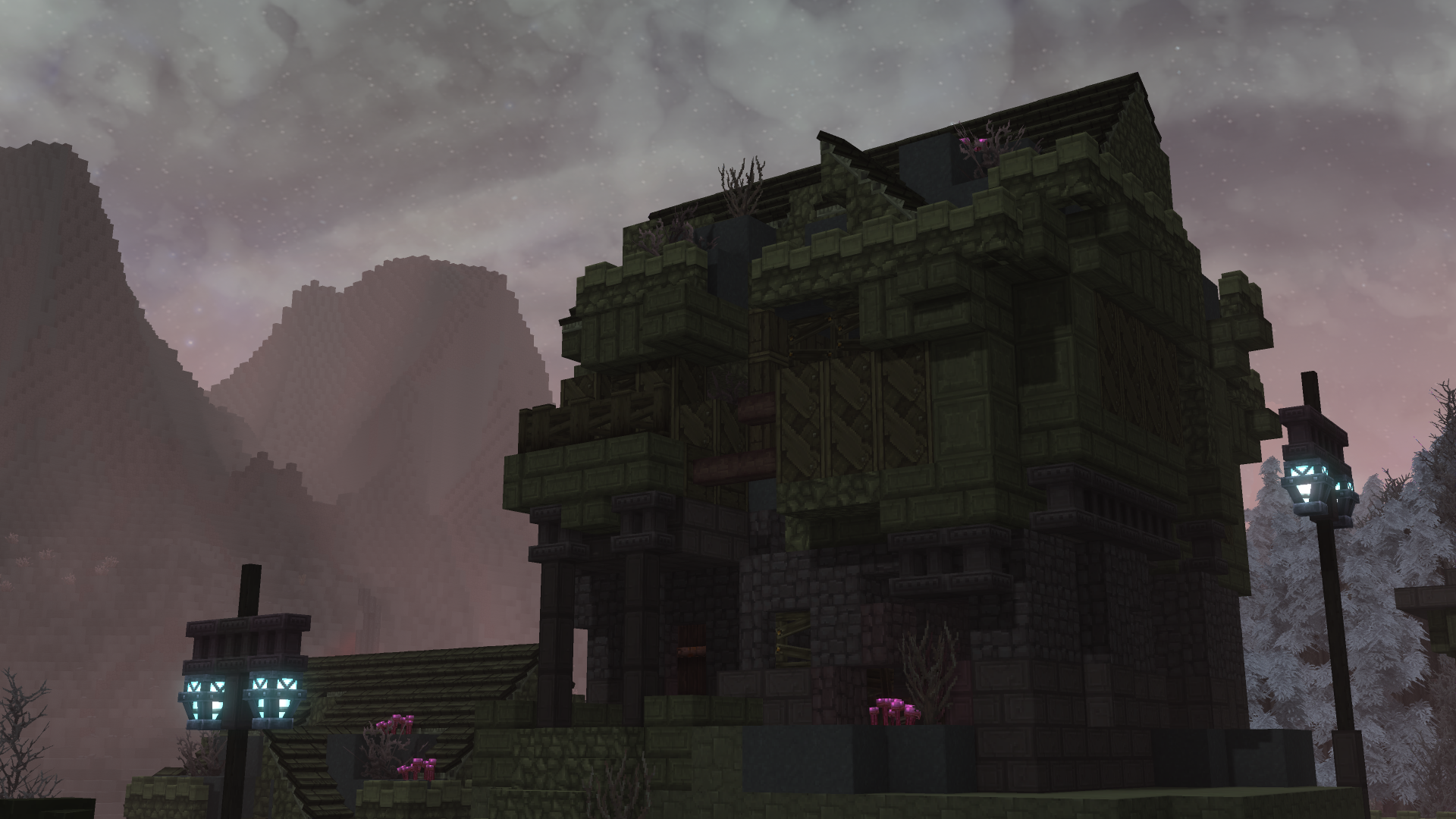 This lonely old building was built by technical artist CptCharles, and then 'ruinified' by Roddan. 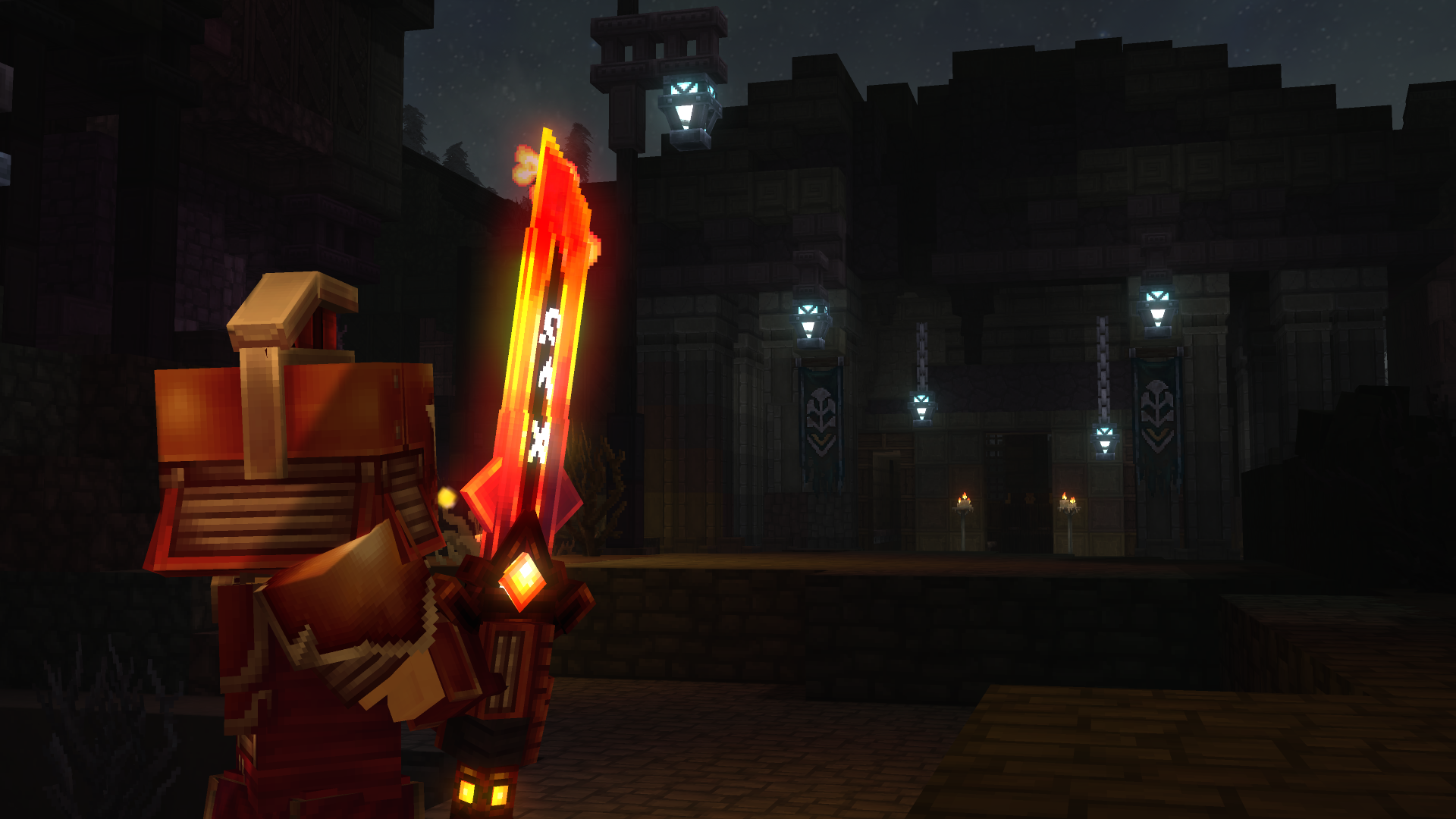 Some ruins conceal hidden dangers, while others house lost lore.

Almost a year ago, we revealed how Hytale's modular AI system allows our team to create and modify complex behaviors for the variety of creatures that populate Orbis. Over the last couple of months, we’ve been building out the behavior sets for adventure mode’s NPCs while expanding the AI system with new functionality.
Hytale’s modular AI now includes a ‘utility system’, which allows NPCs to determine the value of given behaviors based on any number of circumstances. These values are then used to help NPCs make decisions, which allows for more dynamic behaviors and, in turn, more surprising interactions for the player to discover. We plan to make extensive use of this utility system in Hytale’s combat AI, as it’ll allow NPCs to make smarter choices when selecting attacks.

We’re not ready to show this in action just yet, but we can show some new behaviors that make use of Hytale’s modular AI to provide the player with interesting ways to interact with the world. Let's start with a really basic example. In this clip, the player throws out a piece of cheese to draw the attention of a nearby mouse.


Ordinarily, mice will flee when the player approaches. In this case, the mouse detects that there's food nearby. While it’s eating, it’s a lot calmer, which allows the player to approach - but when it’s done, it’ll flee again. A single piece of cheese can be munched on by multiple mice at the same time. Mice tend to gather around barrels and chests in dungeons, so keep your eye out! They might lead you to some loot.

You can use bait to momentarily placate other kinds of creature, too - including the dangerous Fen Stalker:


When a Fen Stalker is enjoying a fish, its view radius is halved. Under-equipped or cautious adventurers can use this information to bypass threats when combat isn’t a good option. This is particularly useful at night, when Fen Stalkers are most aggressive. If you’re crossing a swampy biome in the dark, you may well find a torch more useful than a sword:


Fen Stalkers will shrink away from the player if they’re carrying a torch, simulating the effect that bright light has on these nocturnal hunters. Each of these behaviors is based on separate triggers - the modular AI system uses time of day to determine Fen Stalker aggression, and initiates this cowering behavior if the creature is confronted with a bright light source. Taken together, however, they help to flesh out the particular personality of this light-sensitive monster.
Not every behavior revolves around the player. Fen Stalkers might be dangerous to adventurers, but they’re very protective of their friends. In this case: frogs!


Fen Stalkers love frogs! Hytale’s modular AI system lets us establish relationships between creatures of different types - predators and prey, territorial rivals, or, in this case, best buds. When a Fen Stalker encounters a frog, it’ll happily jump up and down to mimic its favorite creature. Fen Stalkers will also rush to defend any frogs that find themselves in danger - so if you’re hunting amphibians, beware! You just might end up picking on somebody your own size.
Interactions like this help us establish the personality of our world and its inhabitants and give players tricks and traps to discover as they explore. Let's close out with a look at the unique hunting behavior of a creature that you'll encounter in zone 2 - the unassuming Cactee.


Truly, a master of stealth.
We hope you've enjoyed this glimpse at some of the things we've been working on lately! While you're here, be sure to check out our latest fan art showcase to see some of the incredible art that the Hytale community has produced over the last couple of months. Best regards, and stay safe!

So much gameplay! So, so good! The amount of detail in those animations though... This game is making me more excited than ever!

Side note: The Fen Stalker with the frog is one of the cutest things I have ever seen