Hi, everyone! In addition to today's progress update, we're going to show off another batch of amazing community artwork. Thank you to everybody who has spent time creating things inspired by Hytale - it means a huge amount to all of us on the team. If your work isn't featured below, don't worry! We're going to continue to produce art showcases for as long as people are interested in producing art to showcase.

“SLAY THE VOID DRAGON!” BY DECLXIV 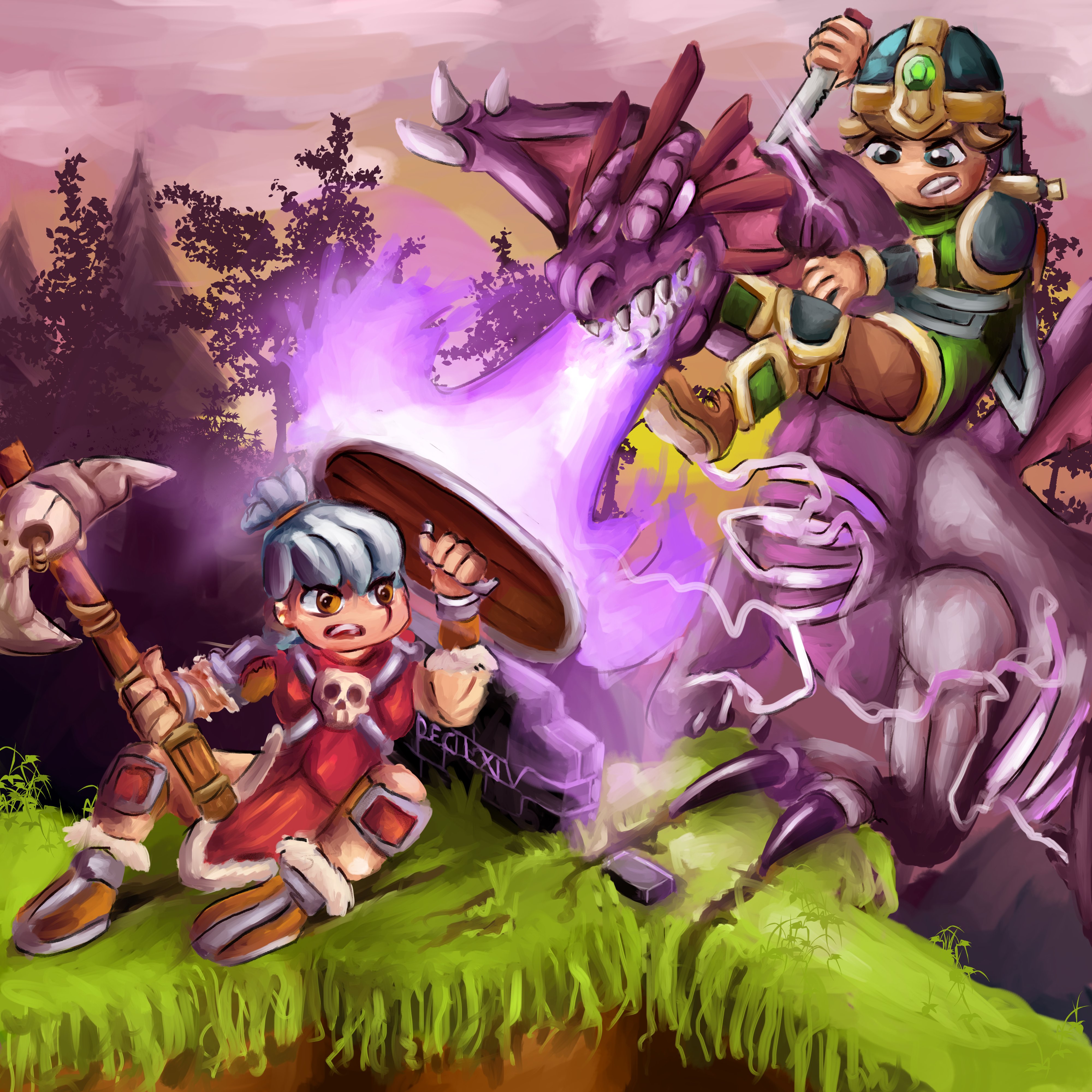 DecLXIV has produced a ton of great Hytale-style 3D models recently, but we wanted to showcase this dramatic piece of traditional art. It's a dramatic depiction of a clash between a pair of adventurers and the dreaded Void Dragon. The piece has a great sense of drama - we'd love to be able to capture this atmosphere in-game!

"Every time I see a Hytale screenshot or clip, I always find myself admiring the beauty of the game's art-style and the plethora of vibrant colours. The large array of characters, creatures and weaponry we've been exposed to really make me look forward to jumping into a tense battle with a ferocious enemy, an almost cinematic fantasy to me. This piece is just one of many scenarios I've wondered about and figured featuring the eerie Void Dragon alongside some of Hytale's colourful cast of warriors would fit such a scene perfectly. I've been creating Hytale art of varying mediums, such as digital art or model-making for roughly a year now and I've really wanted to give an action scene like this justice to show appreciation for those behind the game, whether it be the team behind the astonishing visuals or those that code the mechanics that let such a battle take place. I'm proud to be a part of this warmhearted and inspiring community and can't wait to experience this amazing game for myself in the future."

VARYN AND GAIA BY CRIMSNCR0W 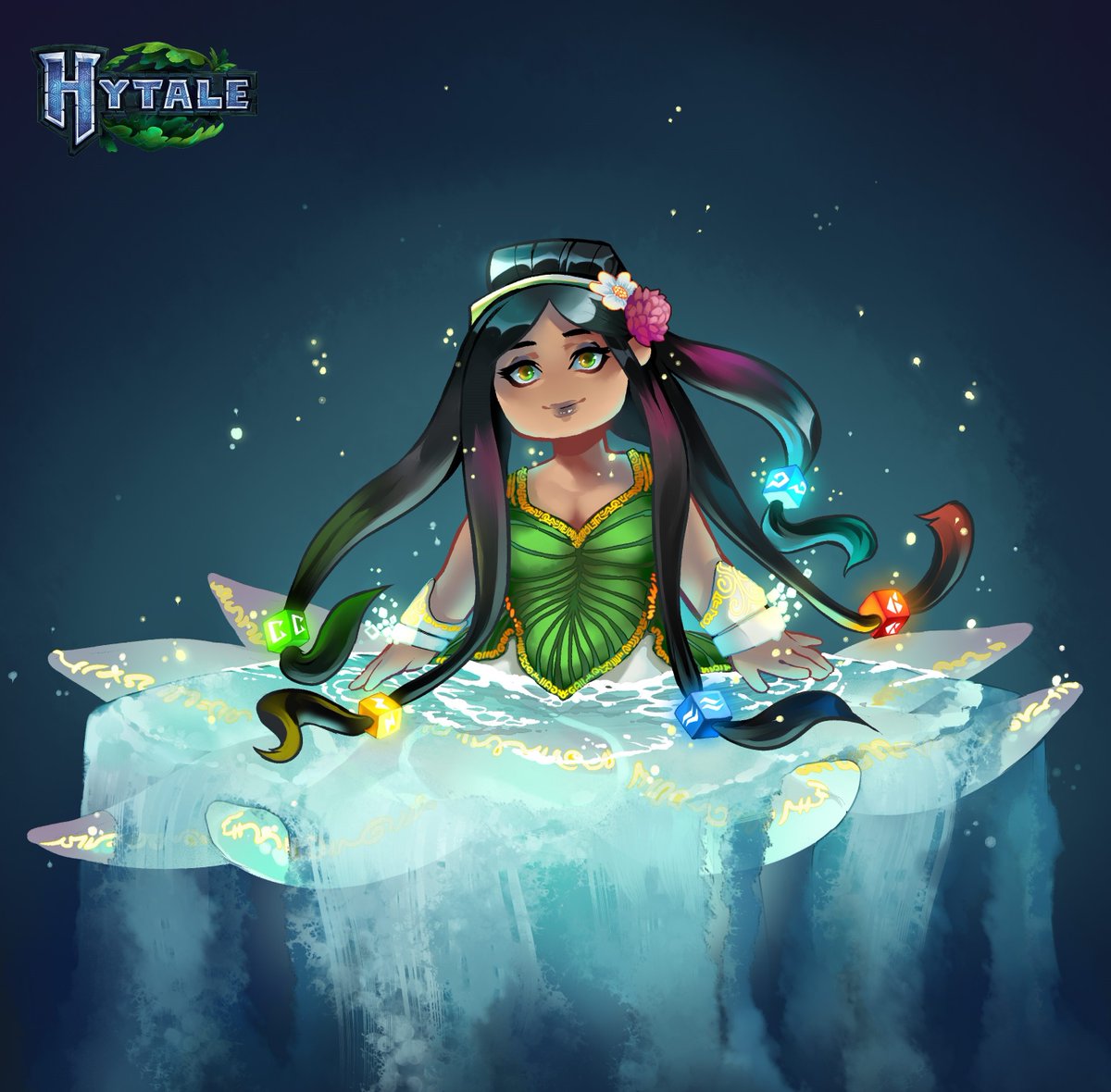 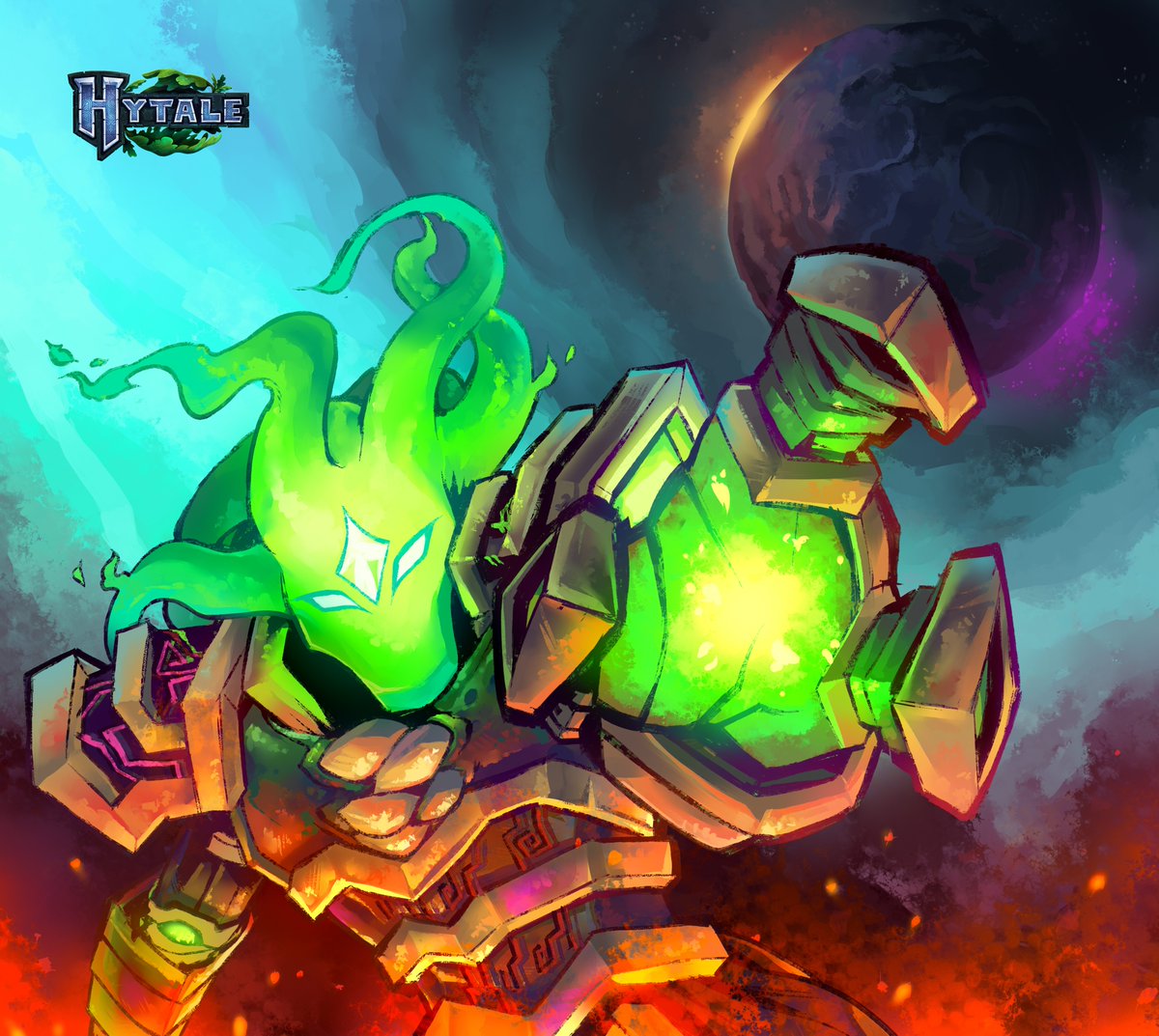 Here are two impressive depictions of some of Hytale's most important characters - Gaia and Varyn. These are characters that have attracted a lot of different creative depictions in the Hytale community, so we were impressed by the clever original details that Crimsncr0w was able to pack in.

"When creating this work I loved Varyn's colors and looked into the lovely concept art. I enjoyed some of the theories of others thinking Varyn is from another planet. I wanted to depict what it might look like when he's corporeal, summoned, or finally stepping down on Orbis. His home planet drawing closer and looming to block the sun while he reaches out for the player ominously. Maybe he came down like a meteor, or his magic is corrupt, and the lighting of fire around his feet is burning away the land as he takes control."
Varyn's from a different world altogether, you say? What an interesting theory. 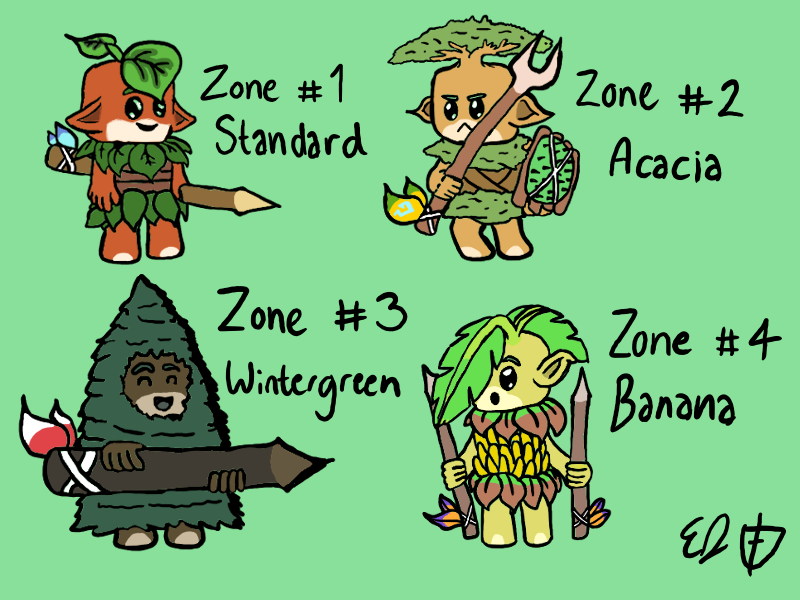 This fun bit of Hytale art by EthosPaladin speculates about what Kweebecs would be like if they took root in the various zones of adventure mode. We really like the imagination and attention to detail on display here - EthosPaladin has clearly paid attention to the particular character of each zone and the types of flora and fauna that thrive there.

"I drew the piece after pondering the idea of zone-based adaptations that the Kweebecs could undergo to become better suited for environments much harsher than the (seemingly) dulcet forests of zone 1. I had the idea to assign a type of tree likely present in these zones and a unique weapon to each Kweebec: the grittier Kweebecs of zone 2's deserts took influence from the weapons and shields of their Feran neighbors; the jolly Kweebec of zone 3's has a large, two-handed, sharpened log to potentially ram into Outlander defenses; and the banana Kweebec of zone 4's underground jungles received two throwing spears that I thought helped establish a tribal theme." 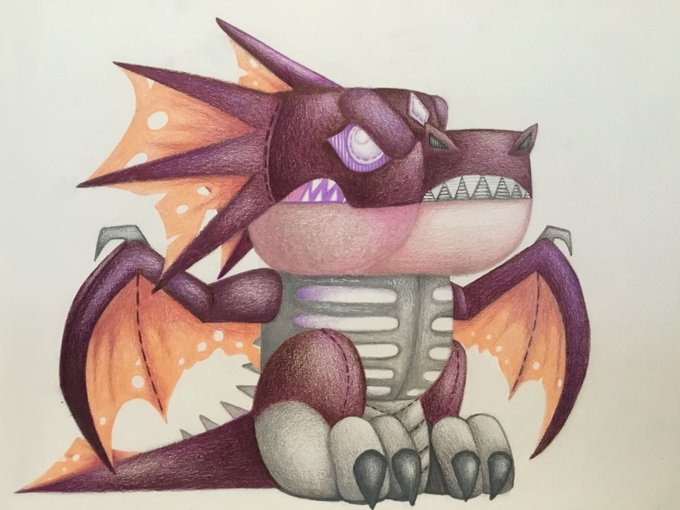 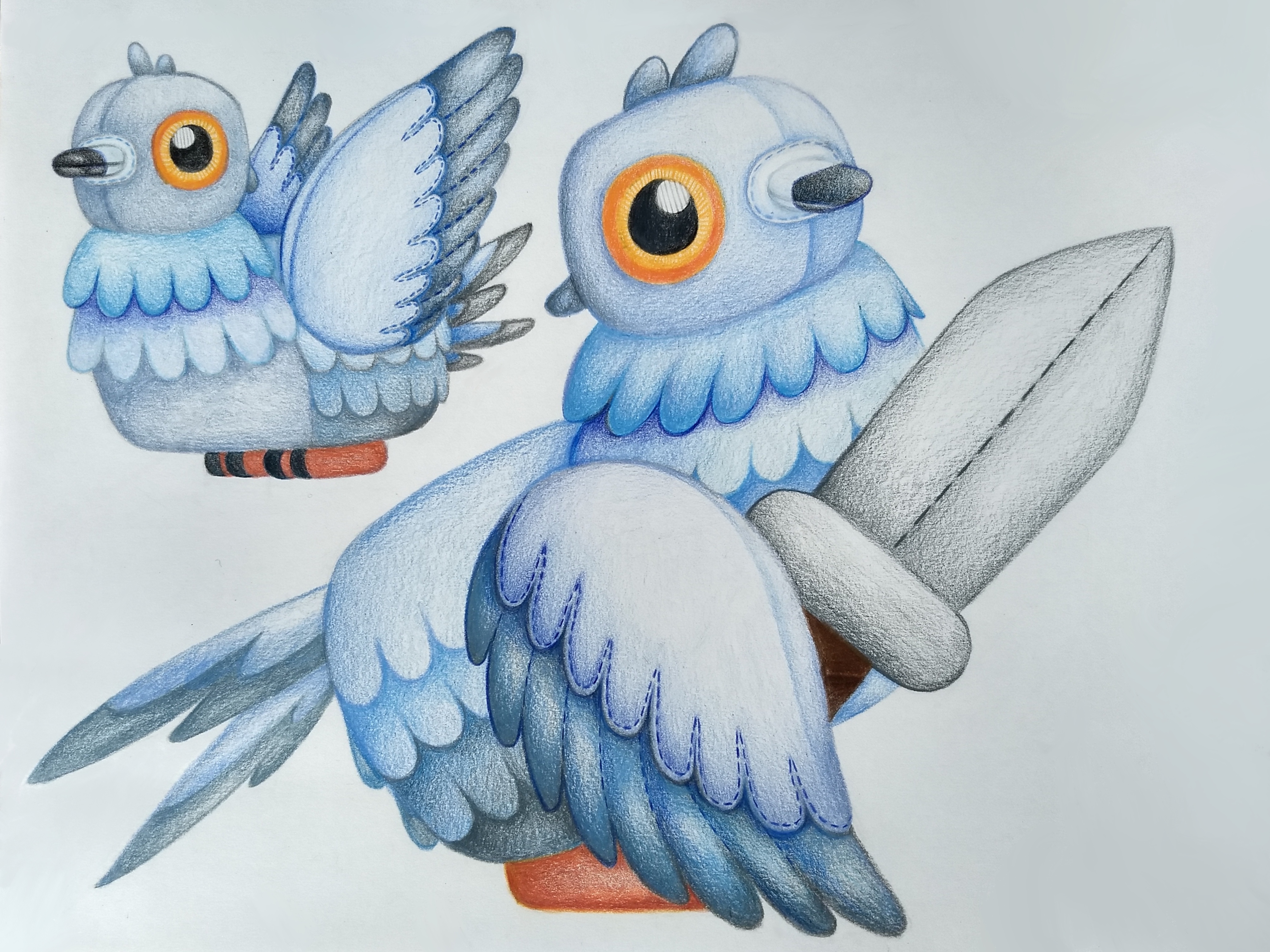 Here's something completely different: a series of designs for Hytale-themed plushes by Arcanadragon. These are really lovely designs and they've made us wish we could own a real plush just like them! In particular, the pigeon-with-knife design means a lot to all of us on the Hytale publishing team. That particularly dangerous bird got its start when we were messing around while creating videos for last year's modding tools blog post - we love that it's taken on a life of its own, and even has its own fan art!

"My favorite creature that Hytale has revealed so far is the Void Dragon. As soon as the game is released, I will find this dragon and revel in its raw power and majesty! But until I can do that, I think the best way to honor the beast is with an adorable plushie. Also, Hytale revealed a 'deadeye pigeon' to show how players can mod the game. We can all be sure that, when the game gets released, players will start sneaking the feathered menace into their server mods. I drew this to help players protect themselves against the terror by envisioning the pigeon as a cute plush instead of a fearsome enemy!" 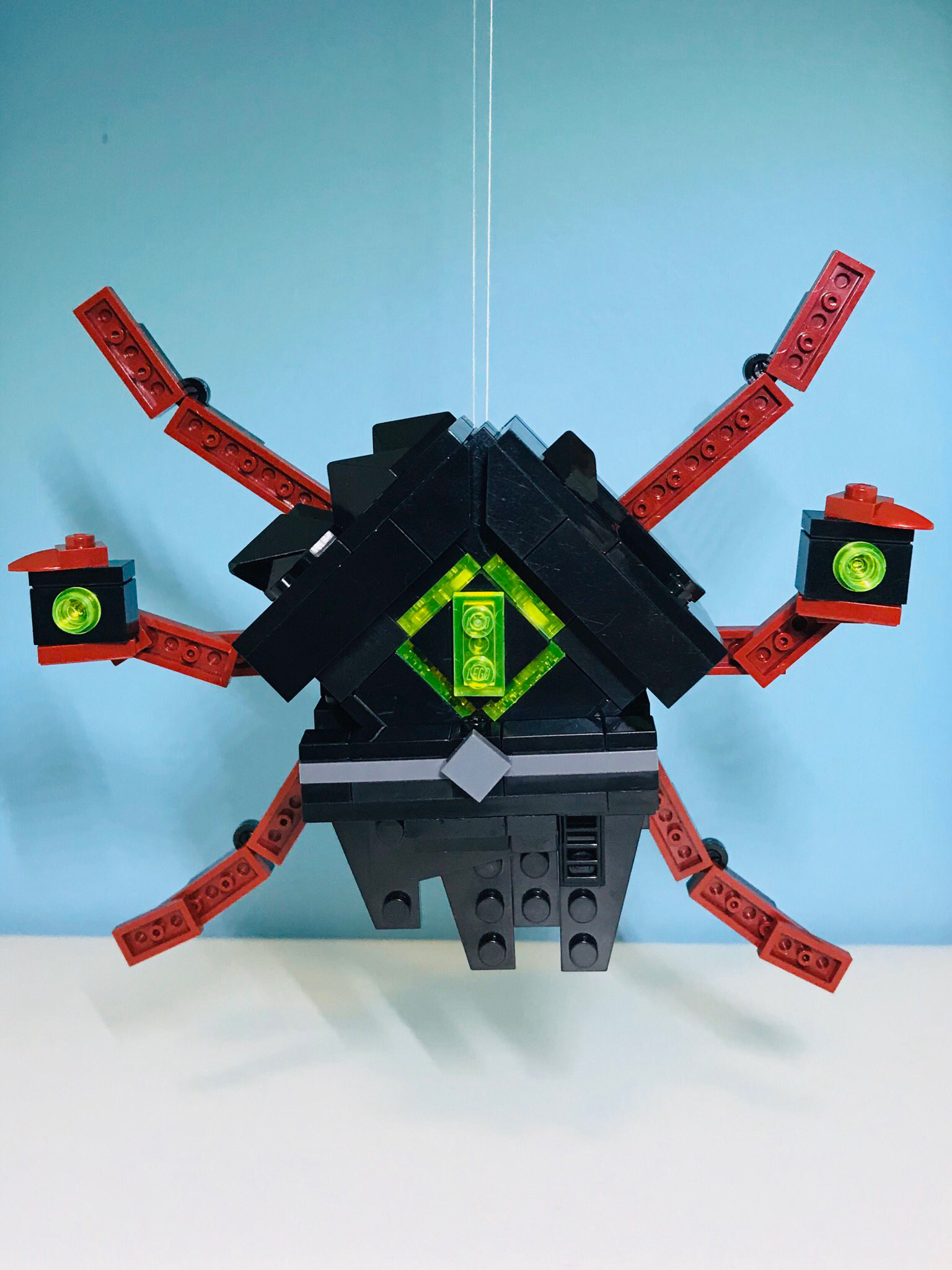 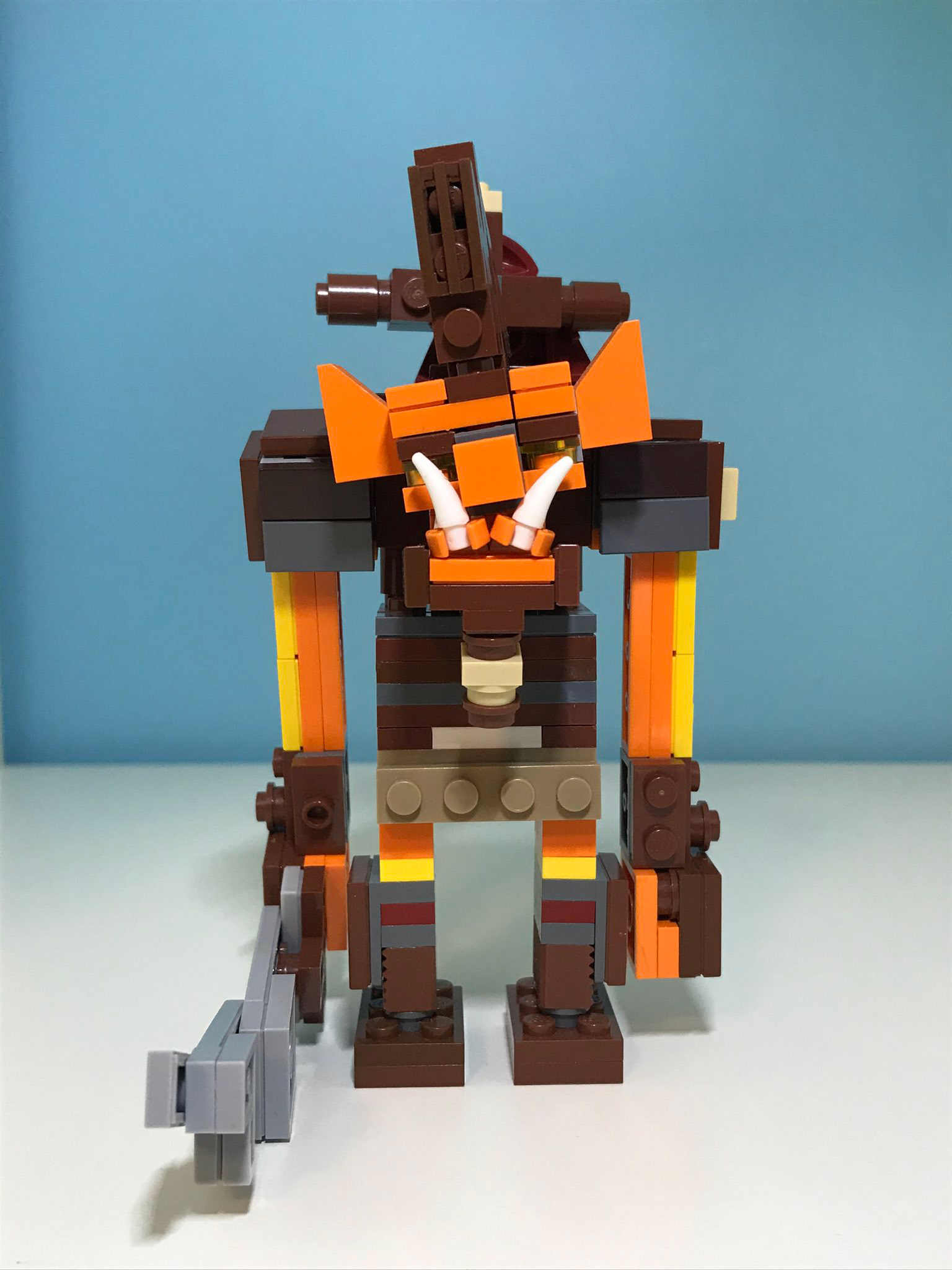 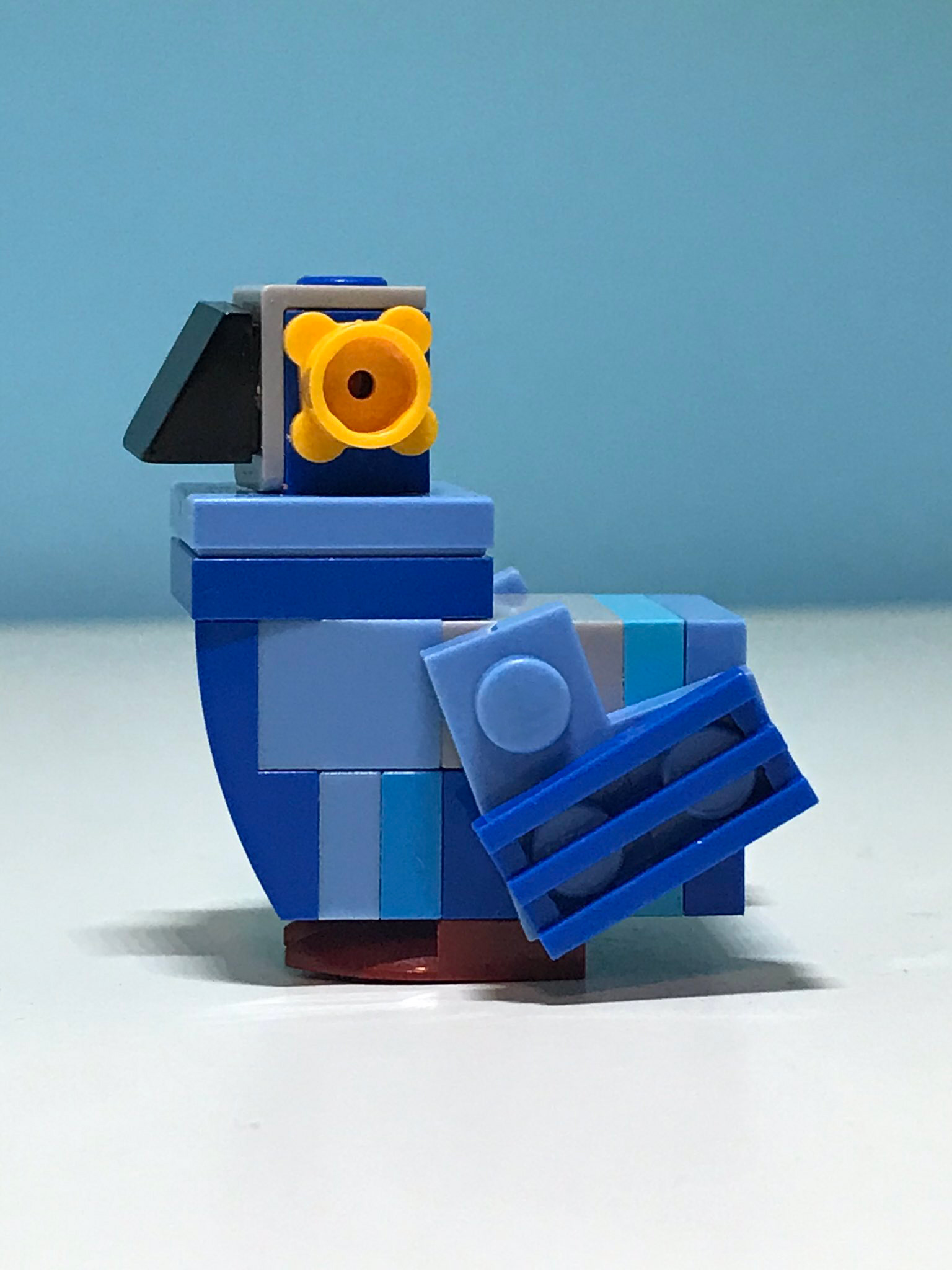 In addition to 2D art, we've seen a number of great Hytale models and sculptures too. We really like these LEGO builds by HappyLemur, which do an impressive job of recreating the silhouettes and personalities of Hytale creatures in a very different creative medium!

"Building with LEGO is one of my favorite hobbies and after seeing Hytale's unique creatures, I knew I wanted to try to recreate some of them. I usually go through many different combinations of pieces in order to best capture the different shapes and this process can often be a challenge, but once I get through it, the product is very rewarding." 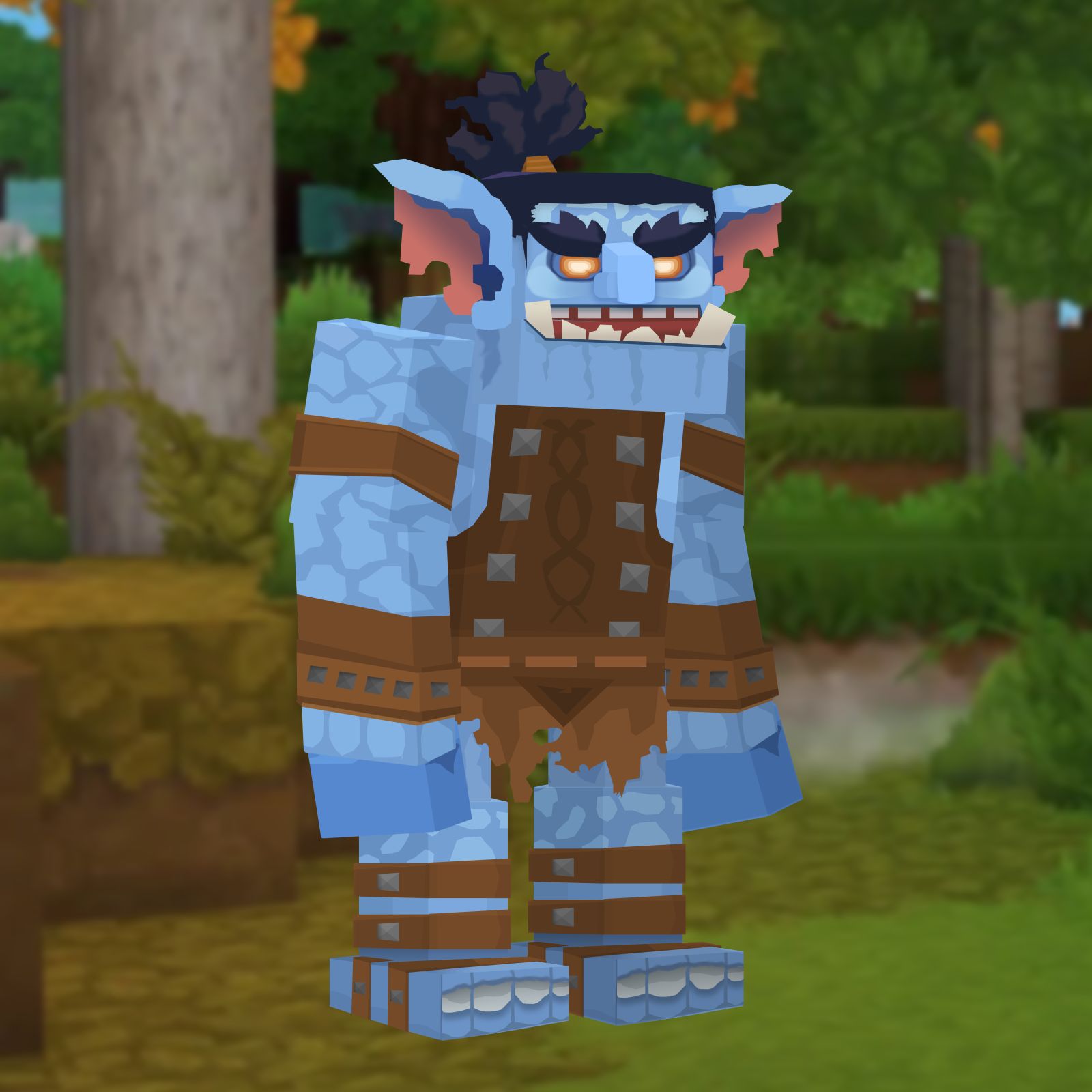 Jodaman has been producing some really fun vector-style Hytale artwork over the last couple of months, including this really entertaining Christmas video and the Trork you see above. They've done a great job of translating Hytale's block-based style into a different medium, and captured the personality of the characters perfectly.

"This was my second art project ever done using vector style art in Photoshop and I specifically made the body to match the Hytale creature, the Trork. I made a Trork because my previous art project was a Kweebec and I wanted a bigger creature to rival that one. I eventually went on to use this Trork and the previous Kweebec in an animation that is up on my Twitter." 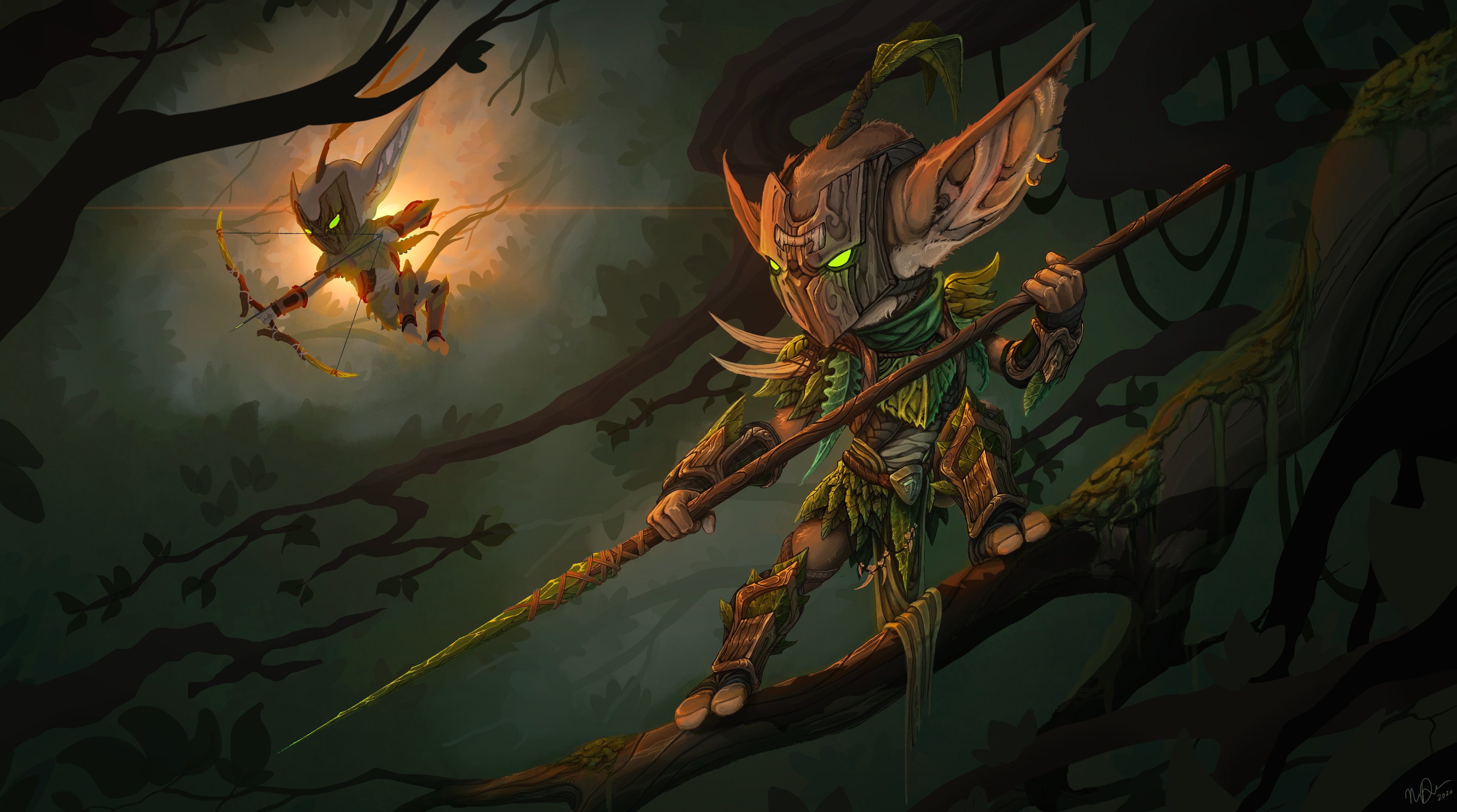 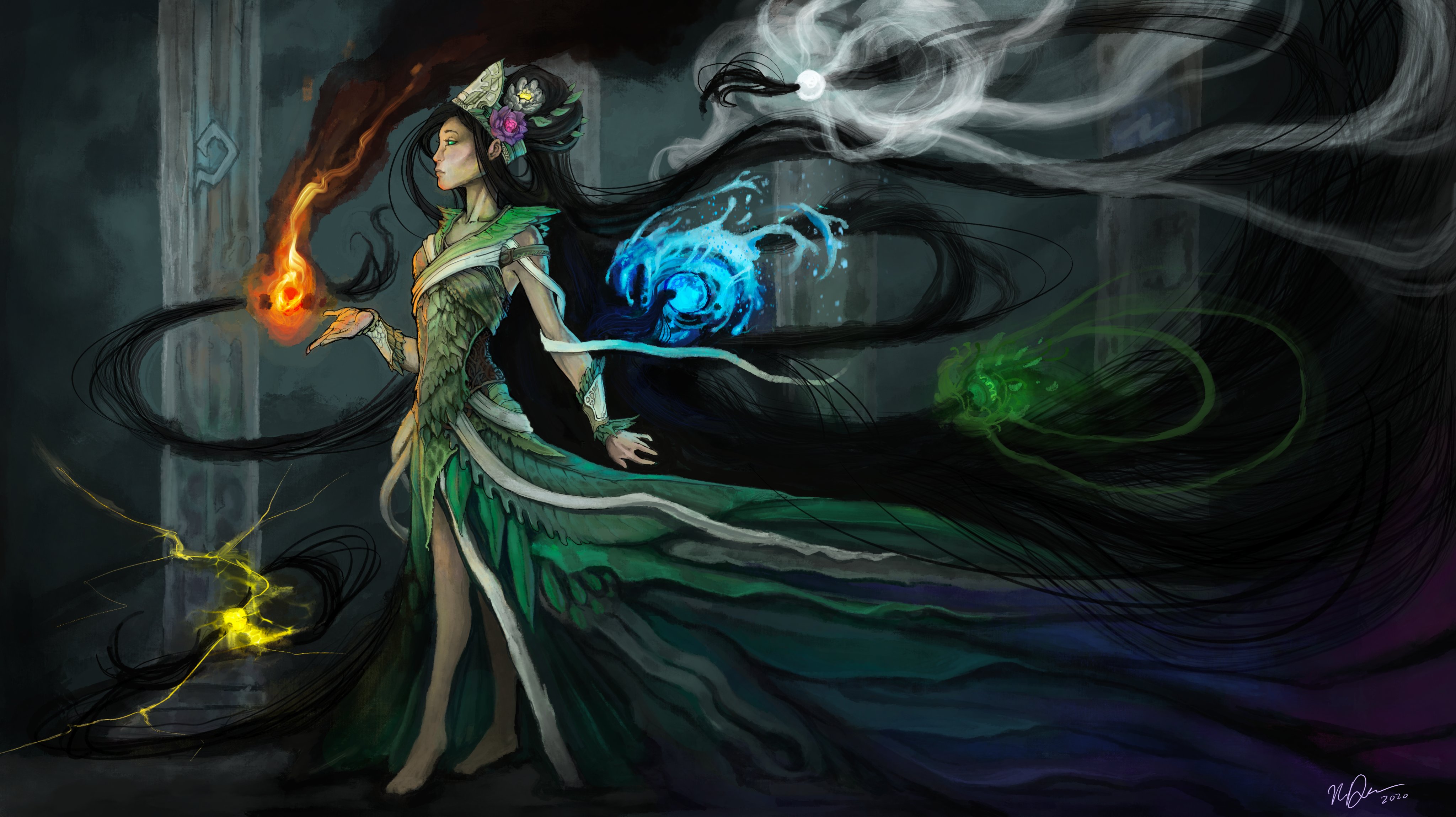 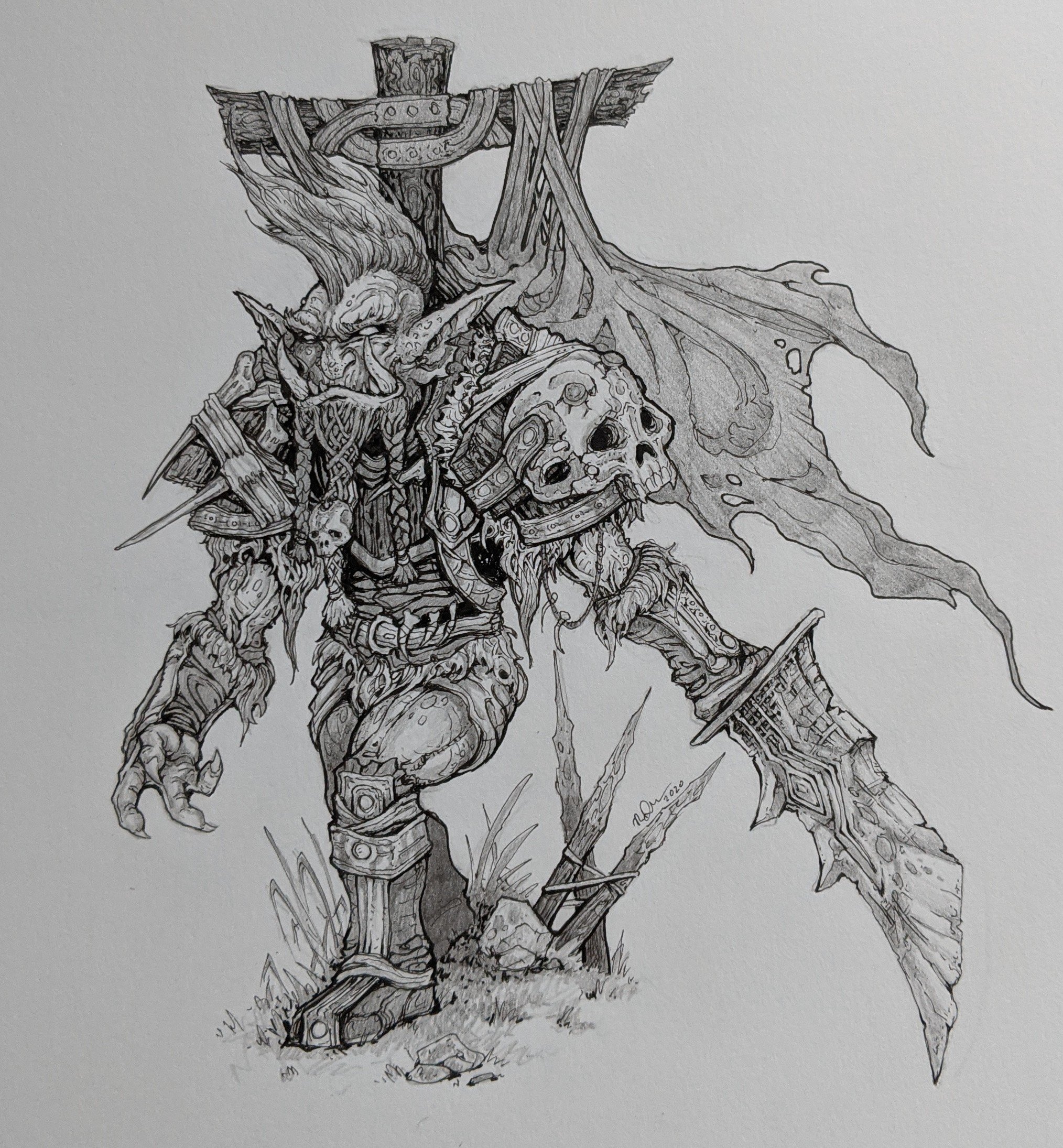 RighteousPebble has been turning out some truly incredible Hytale pieces at an amazing pace over the last couple of months - the three examples above are just some recent highlights of an increasingly impressive portfolio, so be sure to visit their Twitter feed to see even more.
It's been amazing for the team to see characters like Gaia or the Razorleaf Rangers rendered in such a strikingly different style. In particular, we're impressed by the amount of extra detail that RighteousPebble has incorporated into these characters while retaining their essential identity.

"I’ve been following Hytale since the release of the trailer. I was immediately hooked by not just the concept of the game as an RPG/creative platform/sandbox, but also the amazing fantasy feel. I’ve been pretty shy about sharing my art in the past, but when Roddan (shout out to Roddan!) shared my drawing of Varyn from Reddit on Twitter, I realized I could be reaching more people and connecting with the blooming Hytale community on Twitter. I started posting more and the reaction was wonderful, and really motivated me to keep up the momentum. I’m really looking forward to doing some more art in the Hytale scene, and extremely psyched to play Hytale in the future."

Thank you for checking out this community art showcase! If you produce your own Hytale pieces, be sure to post them on Twitter with the tag #HytaleFanArt to make sure we see them!