Join this group for consistent updates on existing and in-development roleplay servers, a review of what each new Hytale blog post means for roleplaying, and a community to form roleplaying groups or servers! 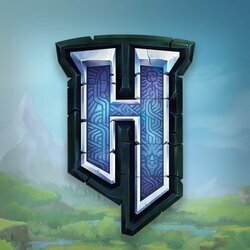 Hytale's Significance to the Roleplaying Community

Although the release date has not yet been announced and we are still being slowly fed tid-bits of information from Hytale Studios, one fact that becomes quickly apparent to anyone in the know is how important Hytale is going to be as a roleplaying platform - much like its predecessor, Minecraft.

Minecraft was home to many communities, large and small, centered around roleplay. The sandbox nature of the game from skins to building permitted a lot more creativity than other games (like MMOs) and allowed each server to construct its own personalized world for players to participate in. The integration of plugins allowed for localized chat, sales through shop chests, the establishment of nations and PvP war parties. Resource packs like Conquest_ allowed for the vanilla Minecraft feel to be replaced by textures and sounds more reminiscent of a fantasy world.

It was not without its own "hard" limits, however, and the technical progression of Minecraft servers halted, stagnating and resulting in their slow decline.

Hytale has been touted by many as the "evolution" of Minecraft, the logical next step in both creativity and sandbox. It will give server operators and content creators alike a vast swathe of tools to achieve their goal, and very few will leverage these to the extent of the roleplaying community.

Nations and empires that can be properly scripted into the game itself, with defined territories on the UI map that will update as you traverse them and change hands as they are taken - by force or diplomacy. Wars that can be fought by much larger groups than ever before given the efficiency of multithreading, combat that involves more than just who has the best armor and most enchanted weapon.

Custom mobs that can be tackled by enterprising mercenaries or elite soldiers, offering risk and reward in equal measure for the character with the courage to take the risk.

A properly simulated economy, providing a purpose to professions which have never had one before (we all know the sad tale of farming on a roleplay server, right?).

Blacksmiths and tailors that can design custom weapon models and sell their use as blueprints or items themselves. Architects that can construct custom block models to tie the aesthetic of a build together, selling their unique creation for greater profit.

The list goes on and on, and I won't cover it all now - but rest assured, the opportunities provided by Hytale for roleplayers are vast.