WoW TBC Classic is coming to an end, get ready for WoW WOTLK Classic

After nearly a year of deployment, the final phase of Burning Crusade Classic is finally live, which means new features for Wrath of the Lich King Classic are just around the corner. But while we can expect pretty mixed success by the end of the expansion, the opposite seems to be happening in some areas of the version dedicated to those who miss the game. 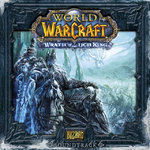 While we can expect quite a few players to show up by the end of the Burning Crusade Classic, the arrival of Phase 5 seems to have motivated the troops in a big way. This is indeed the last of the first expansion, so it means that the contents of the Wrath of the Lich King Classic expansion may be announced soon.

World of Warcraft's second expansion is one of the best in the entire community for a number of reasons (sometimes justified, sometimes "delu" as they call it). It is in this sense that its expectations seem to excite players: Firemaw (EN), one of the most populous European servers in history, at the time of writing the world's most visited server (in the Burning Crusade classic).

However, there is no specific release date for Wrath of the Lich King Classic. As such, the current player count is likely to be very low compared to the numbers we will no doubt see in the coming weeks. One thing's for sure: it's time to go back to the Burning Crusade classic mode and get ready for a new adventure in Northrend later this year! (SSEGold.com has cheap WotLK Classic Gold for sale. Safe and secure.)

If you're thinking of restoring Classic, we strongly recommend avoiding servers with high traffic and those with the least traffic. Without a doubt, the populous kingdoms are the prime candidates we will guide you to, especially the French-speaking Auberdine. The Amnennar is also a great option, and while it's not as well-attended, it still strikes a good balance between the giant Sulfuron and the desert Finkle.