This was my first "theory post" I ever made, but updated for HytaleHubs enjoyment! Also, this is just another filler post before the largest one yet!


The Hytale Combat system is a subject that has always eluding the community since the Annoucment trailer! We have only seen three clips of combat since then! Because of the secrecy, Hytale combat and it's mechanics are not known, and at the for front of the mystery is these two small bars seen below the health bar! 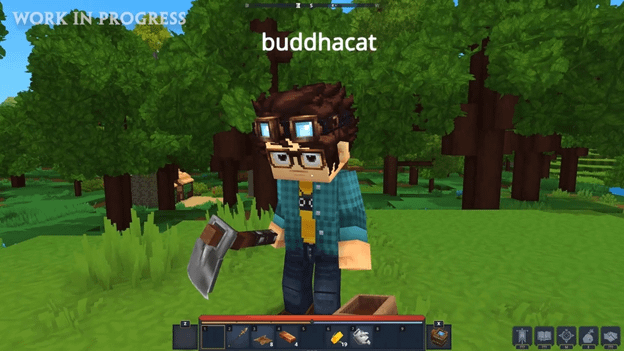 Another view of the Player Hotbar showcasing a cup of water. Hint to thirst mechanics???
What We Know
We know that the big bar on the top is health. It’s pretty obvious as we have seen combat clips showing the player getting hurt. We also know that there will be hunger in the game from a tweet from Noxy, however it is not going to be one of the three that we see in this screenshot. Noxy stated that the hunger bar will be invisible unless the player is in need of food, stating that showing a full hunger bar is useless. We also have some speculation on a thirst system, not confirmed, but we have seen drinkable water in game and Noxy in Reddit said it was a possibility, but not confirmed.

However, if there will be thirst in Hytale, I expect that it will follow the same system of not being shown unless you need to drink something. It is also hinted at that mana will be based on thirst.

We still have 2 that need explaining and we have never actually seen a video of them working. The only difference between the two is color and that the Orange bar seems to be split into 3 sections.
One Mystery Solved!
Now here is the cool thing! When I first researched this topic it was thought that the bars have been locked during combat because the team has not worked out the balancing. It would also be to avoid fans speculating on the combat system. However just this last week a singe screenshot in the hytale Media section caught my eye!

​
In this screenshot we can clearly see that the player has just made a magical attack on this skeleton! But if you look really closely at the blue bar...

​
The blue bar was clearly used and deducted from! This confirms that this bar is used for Mana!! (There is also mana potions in the players inventory) This has been a long standing mystery that is finally solved! However the other bar is still not confirmed for anything. Here are my best guess's using other games as examples... 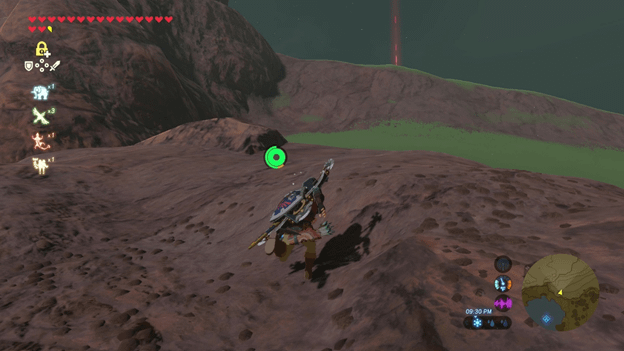 The stamina wheel in Legend of Zelda: Breath of the Wild
Stamina
There is a lot of speculation that the yellow bar is a stamina bar. Stamina style combat is a very popular type of combat system that has become very prevalent in fantasy RPG’s. The purpose of stamina is to stop the player from taking advantage of one “move” or attack. This usually makes combat more interesting and skill based as it takes knowledge of “combo attacks” to use this resource most efficiently. Hytale has promised to have a more interesting combat system that differs from the spam click system that Minecraft had pre combat-update. Most people seem to prefer a stamina-based system in general when taking a quick search on the internet, but the one glaring problem is that stamina-based combat is hard to get right. Mixed in with everyone talking about how much they like dark soul’s combat, there are a plethora of posts talking about broken mechanics in many games. Will Hytale use stamina-based combat? Is the orange bar stamina? I Would assume that this is the best guess we have! The three sections allude me for their function though...

Experience: Some speculate in the Hytale community that one of the two bars shows experience. Experience bars are used in games to track your current XP much like Minecraft does. We know a little about Hytale’s progression system; and the Devs have promised a non-linear progression. Choosing to create a system that players can create their own niche, but not one that is irreversable. This decreases the likely hood for the orange bar being a stamina bar, however it would explain the 3 sections that we see as "benchmarks" for completion!

The Minecraft XP bar
Heat/Environmental Difficulty
This is a stretch and I highly doubt this is the case, but seeing as Hytale will offer extreme environments and that mechanics like this are becoming more popular, I decided to add this in here. Some environments have climates that are hostile to the player, such as a sandstorm, blizzard, volcanic eruption ect. With games like Breath of the Wild and No Man’s Sky including mechanics like these I think there is a chance that one of the bars could show some sort of environmental status. Again, I don’t think this is the case, but I want to showcase as many possibilities as I can. The community has also shown its desire to have Heat/Cold mechanics!


Ultimate/Finisher bar
Again with another low chance and seeing the genera of Hytale I don’t see this happening, but some games have powerful moves that need to charge up over time or require certain conditions to use. I don't see this being used because mechanics like these create a sense of build up in predominantly PvP matches; Whoever can get their ultimate off has a significant advantage. Hytale’s combat system has a possibility of having such moves for magic or even melee and it would explain why we have not seen it being used as it would be extremely situational. 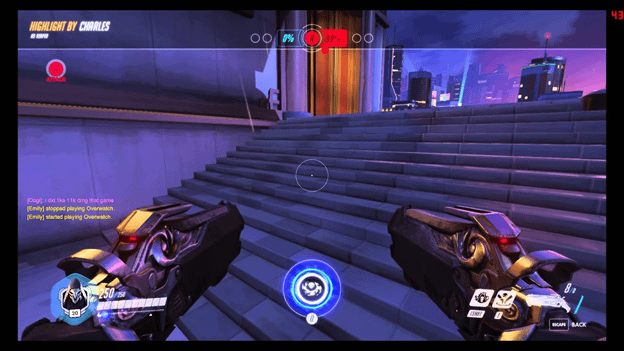 A Fully Charged Ultimate in Overwatch

Thanks for reading my old theory! If any of you read the old one, mention it in the comments, or just put your own theories! Till next week!

i think it is a stamina bar

red death said:
also LiFe SuPpORt LoW[
Click to expand...
LOL, its like the Navi from Legend of Zelda

Antnest8 said:
by Antnest8
i made u say this
Click to expand...

its a bad bug

I think the orange bar being Stamina is the most likely theory, considering the little knowledge we have, although the function of the separation marks remains mysterious. One thing I don't quite understand is why the bar is always full in all gameplay clips we've seen so far, even in situations that would be stamina-depleting in similar games.

I enjoy your speculation!

Olearius said:
I think the orange bar being Stamina is the most likely theory, considering the little knowledge we have, although the function of the separation marks remains mysterious. One thing I don't quite understand is why the bar is always full in all gameplay clips we've seen so far, even in situations that would be stamina-depleting in similar games.
Click to expand...
This is what makes it a mystery!! However it is my personal theory that in the combat clips we have seen so far that they have disabled its functions. Just so fans don't find out too much about the combat system, speculate and spread misinformation based on something they have already changed.

Antnest8 said:
This is what makes it a mystery!! However it is my personal theory that in the combat clips we have seen so far that they have disabled its functions. Just so fans don't find out too much about the combat system, speculate and spread misinformation based on something they have already changed.
Click to expand...
I guess that they're still working on it, or maybe it serves some other purpose we can't understand yet... either way, let's hope we get another blogpost soon that sheds some light on this question!

Yeah, it could possibly be misused, but I don't think there has been a case of it yet

Antnest u should be happy bc i read all of it (only the the ones about hytale entel i saw the other games :/

Reyrey said:
Antnest u should be happy bc i read all of it (only the the ones about hytale entel i saw the other games :/
Click to expand...
Hey! Look at that! I am glad you finally took the time to read it!

Reyrey said:
Plus i think that Other thing thats not the Hp or mana is the hunger (may have spelled Mana wrong XD)
Click to expand...
No, Mana is the correct spelling